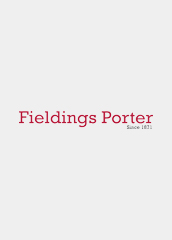 Where/when you studied: 2:1 in Law LLB (Hons) from the University of Liverpool, graduating in 2013.
Professional expertise before joining the firm: Worked in criminal defence for approximately 9yrs in busy criminal practices in Liverpool and Manchester focusing solely on this type of work.
Department responsibilities: Representing those arrested at the Police Station, litigation on a variety of criminal court both Magistrates and Crown Court.
Areas of special legal expertise: I particularly specialise in cases involving allegations of domestic violence and serious violence such as robbery and murder.
Notable cases:
R v BC (2022) – allegation of a serious domestic violence assault and public order offence with a weapon where the Crown attempted to still pursue the case without the Complainant using police 999 calls and body worn footage. Following the service of a skeleton argument about the inadmissibility of the evidence and further submissions, Defendant was acquitted of all offences.
R v KC (2022) – another case involving another allegation of a serious assault involving phone evidence where after a huge amount of time spent in reviewing the download of the Complainant’s phone, evidence was found to show the Complainant had in fact lied about the allegation. Defendant was acquitted.
R v DR & Ors (Operation Malachite) (2021) – Along with Nina Grahame QC, Owain litigated on this case from first arrest to the appeal against sentence. Case involved complex legal research into the law surrounding joint enterprise and complex phone and CCTV evidence. Defendant was acquitted of murder after trial and he was sentenced for manslaughter. Sentence appealed successfully.
R v MOS & Ors (2021) – case involving an alleged £1.7m conspiracy to defraud of Royal Mail where the Defendant, said to be one of the directors of his company, was deliberately avoiding paying for postage. Investigation had been ongoing since 2015 and involved over 600,000 pages of prosecution evidence. Defendant’s case discontinued before trial.
R v MM (2021) – case involving two allegations of attempted murder and terrorism. The Defendant was suffering with severe mental illnesses and was very unwell and was sectioned at a Secure Unit. The matter involved extremely thorough preparation in regards to the Defendant’s mental health and family background and including tracing and interviewing witnesses in Somalia. The Defendant pleaded guilty to the offences eventually but it was deemed that the attack was as a result of his mental illness, not as a result of extremist ideology.
R v SGE (2021) – case involving a 17yr old accused of a robbery, sexual assault and section 47 assault on a 16yr old in a public place. Owain served a complex skeleton argument to the Court that the CPS had abused the prosecution process by failing to obtain and serve vital CCTV evidence. Case discontinued before trial.
R v DA (2020) – Again working with Nina Grahame QC, Owain litigated on a case involving the death of a 16 month old child. Defendant charged with murder. Case involved twenty experts from various disciplines such as pathologists, neuropathologists, musculoskeletal pathologists, neurological consultants, CCTV experts and psychiatrists. Defendant was acquitted of murder.
R v DJ (2019) – Defendant charged with the “one punch” murder of a friend following a heavy night’s drinking and drug taking. The case involved very complicated expert evidence in respect of pathologists, neuropathologists and neurological consultant assessing the force of the punch, pre-existing injuries of the deceased and the affect of drugs and alcohol. The CPS discontinued the allegation of murder before trial.
Where educated: University of Liverpool
First Job: Factory Worker
Hobbies: Walking my dog, cooking, rugby
Favourite food: BBQ beef brisket
Favourite Film / TV show: Wolf of Wall Street / Brooklyn 99
Favourite Artist: Robbie Williams
Favourite Holiday: Crete
Favourite Team: Welsh National Rugby Team
Favourite Book: Lord of The Rings
Likes: The Peak District, sarcasm, coffee
Dislikes: Mushrooms, rubberneckers on the road, MPs
Personal Ambition: To go hiking in Patagonia

No Fault Divorce and Dissolution of Civil Partnerships

As a temporary measure to assist with the Covid-19 response, the Government has relaxed the rules around providing employers with medical evidence to support sickness absence. This is predominantly to ease the pressure on general practices as they deal with...
Read more
More articles