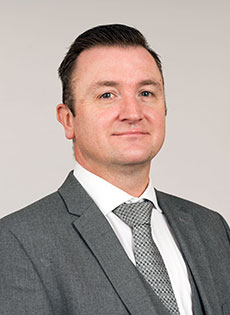 Professional expertise before joining the firm:

Department responsibilities: Court attendance at prisons and the interviewing of new clients. Responsible for running and managing cases in the Crown Court. Attendance at Police Stations up and down the country both for the firm’s own clients and also in respect of the 24 hour Duty Solicitor schemes for Bolton, Salford and Manchester

What our clients say about Rob:

"Mr Taberner is an asset to your company. He has the exceptional talent of being able to marry the qualities of professionalism and also of empathy. I genuinely felt he cared about my situation and wanted to provide the best help he could with my predicament. He went above and beyond his role to provide me with an excellent service and shattered my stereotypical view of the legal system. It was obvious that he is out to provide the best service to all of his clients and takes his role in their lives very seriously." U.P. May 2017

"Rob represented me at the police station. I found him very easy to talk to. He explained everything in detail and what to expect. He was always available on his mobile when I rang and got in touch with me as soon as he had any additional information. I would thoroughly recommend him."

''Excellent service all round from Rob Taberner !!'' - G.M

Client pleaded to 2 counts of causing Serious Injury by Dangerous Driving. Injuries caused were life changing as both complainants had brain and body injuries. Client received a 32 month custodial sentence.

Client was jointly charged with his co-defendant in relation to an historic sex case on a 34 count indictment. Client was found guilty of 3 out of the 9 counts for which he was tried.

Successful defence of a prostitute in relation to a Section 18 Offences Against the Persons Act of wounding with intent. It had been alleged that she had stabbed a fellow street worker in the face and body. Despite a number of prosecution witnesses giving evidence, she was found not guilty. She was also acquitted of the Section 20 alternative and less serious offence.

Successfully persuaded the prosecution to drop the Section 18 wounding with intent and accept a Section 20, in a case where the complainant have received a number of wounds and a punctured lung.

Successfully defended a Greek national who had been accused of raping his long term partner.

Successfully defended a client when he had been accused of breaking another's jaw.

Successfully represented a psychiatrist at trial when he faced an allegation of voyeurism on a work colleague. The case was dismissed on the day of trial.

Successfully prepared a case when client was acquitted of raping a paralysed woman in her home.

Successfully prepared a case of client who was a primary school classroom assistant who was acquitted of indecent assaulting pupils.

Client was originally facing a trial for a Section 18 wounding with intent, as she poured boiling hot water over her husband. After much negotiation with the CPS the allegation was dropped and reduced to Administering a substance with intent, as a result of which she pleaded guilty and received a non custodial sentence.

Prepared a case of a care worker at an old people's home who was accused of seven counts of Section 47 (ABH) and one count of sexual assault on patients with dementia. This was later amended to seven counts of ill treatment. She was acquitted on all counts.

I had travel to Prague in 2007 when I took statements from a number of witnesses in a murder case.

Back in 2016, Pamela Donnellan examined the prospect of a 'no-fault' divorce option being introduced into England and Wales. That prospect now looks like becoming a reality soon, though not soon enough for many. Especially for those...
Read more

Hospitality and leisure sector considerations during Coronavirus - 13 May 2020