Legislation on insolvency enacted in the Small Business, Enterprise and Employment Act 2015  affect directors of companies that become insolvent.

The Act added two new grounds for disqualifying a person from being a director of a UK company and broaden the range of review of the past conduct of a director and the 'harm done' as a result of an insolvency. In 2016 Parliament issued a research briefing on the operation of pre-packs and setting out the need to comply with best practice when undertaking pre-pack sales out of administration.

What will be particularly worrisome for directors, and which should be of particular concern to those – including non-executive directors – who do not take an active and inquiring role in the management of the company, is that the Secretary of State has enhanced powers to make directors personally responsible for losses suffered by creditors in appropriate circumstances.

The Government has also made it known that it will consider implementing further changes that will affect 'pre-pack' sales of insolvent companies if voluntary measures currently in place do not prove to be successful in curbing abuses.

What follows below is a snapshot of some of the more important ones.

Insolvency practitioners who overstep the mark when arranging pre-packs (typically transferring assets for less than a value the creditors think is fair) can face sanctions from the courts, which seem to be taking an increasingly dim view of perceived sharp practcie. 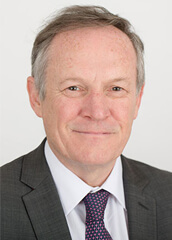 For advice on any insolvency matter or your legal rights and responsibilities as a director, contact us.
The contents of this article are intended for general information purposes only and shall not be deemed to be, or constitute legal advice. We cannot accept responsibility for any loss as a result of acts or omissions taken in respect of this article.

When it Comes to Corporate Takeovers, Judges Have Shareholders' Backs

Can You Refuse Payment for Defective Goods? Guideline Contract Ruling