Although the final result was not financial ruin for the defendant, a recent case illustrates how unwise it is to vent one's spleen on social media.

It involved a firm of solicitors that had been involved in the sale of 'off plan' properties in Cyprus. This led an unhappy purchaser to make a post on Facebook and in a webinar that made allegations of mis-selling against the firm and others related to it.

The result was a claim for damages for defamation. In hearing the claim, the High Court had firstly to decide whether the comments were defamatory and, having concluded that they were, whether the claimants had suffered any serious harm to their reputations.

On the second test the defamation claim failed.

However, the essential message is that in order to make sure you do not find yourself in court facing a similar claim, it is sensible to think carefully before posting. Social media exchanges can easily get very heated and the common thinking that 'anything goes on the Internet' is not correct. 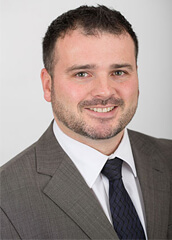 If you are attacked on a public forum in a way that causes you reputational or financial damage, take professional advice.
The contents of this article are intended for general information purposes only and shall not be deemed to be, or constitute legal advice. We cannot accept responsibility for any loss as a result of acts or omissions taken in respect of this article.