Policies which seek to restrain employees' inappropriate use of social media may seem sensible but they can be fraught with legal difficulties and require careful drafting by a professional. In a case on point, a vehicle paint sprayer who was unfairly dismissed over his use of Facebook received substantial damages (Austin v A1M Retro Classics Ltd).

After having a row with the managing director of the company for which he worked, the man posted on Facebook that his boss's comments had left him feeling very low. A number of people made comments on the post which were primarily reassuring in tone. Some of them were, however, inappropriate. A couple were homophobic and another advised him to make himself feel better by punching his boss in the face.

Following a disciplinary hearing, the man was dismissed on the purported basis that he had breached the company's recently introduced social media policy. The policy, amongst other things, forbade employees from making online comments or engaging in online discussions that might adversely affect the reputation of the company, its clients or suppliers. The man launched Employment Tribunal (ET) proceedings.

Upholding his unfair and wrongful dismissal complaints, the ET noted that the policy did not require him to police online comments made by others. There was no blanket ban on employees mentioning work on social media and no reasonable employer could have reached a conclusion that he had breached equality legislation.

Although the managing director genuinely believed that he was guilty of misconduct of some sort, there were no reasonable grounds for that belief and he appeared to have rushed to judgment. Instead of asking the man to take down the post and its associated comments, the company launched immediately into disciplinary action.

The investigation of the man's alleged misconduct was both minimal and flawed. No inquiries were made as to the privacy settings on his Facebook profile or the size of the group to whom the comments were visible. He was shell-shocked by the way in which he was brought into the disciplinary meeting and had not been given any proper opportunity to prepare for it. The ET awarded him a total of £28,560 in compensation. 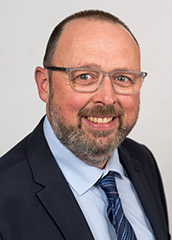 Our expert lawyers can provide guidance regarding social media policies and any disciplinary matters relating to them. Contact us for individual advice.
The contents of this article are intended for general information purposes only and shall not be deemed to be, or constitute legal advice. We cannot accept responsibility for any loss as a result of acts or omissions taken in respect of this article.