When a company is set up, it is common to divide the shares in it in approximately equal proportions amongst the subscribers. Whether or not this proves to be the most effective way to split them in the long run depends on a variety of factors, of which the effect on the governance of the company is normally the most significant. However, one problem which sometimes results is that where dividends are paid in proportion to the shareholdings, this can lead to dividends being payable to a shareholder who does not need them or who would have to pay higher-rate tax on them.

When a shareholder does not wish to receive a dividend, this can be effected by the execution of a dividend waiver. The use of such waivers can be an effective tool in tax planning, so it is unsurprising that HM Revenue and Customs (HMRC) are generally not keen on them. Unless a dividend waiver is executed in the right way, HMRC are likely to use anti-avoidance legislation to attack the scheme.

The essential steps are:

It is unwise to use dividend waivers too frequently. HMRC will look more closely at arrangements which are repeated and the practical effect of which reduces the overall tax payable – for example, where the shareholder executing the waiver is a higher-rate taxpayer and the shareholder who receives the dividend is not. 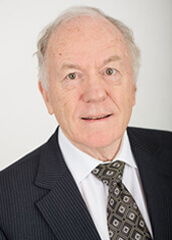 We can advise on all matres relating to corporate structure and company formation.
The contents of this article are intended for general information purposes only and shall not be deemed to be, or constitute legal advice. We cannot accept responsibility for any loss as a result of acts or omissions taken in respect of this article.

Ripped Off By a Crooked Employee? You May Be Entitled to Tax Relief