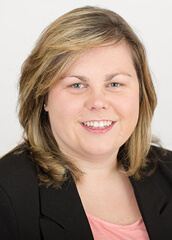 When you joined the firm: August 2014

Department responsibilities (within the firm): Partner in Civil Litigation Department

M (October 2017) - Acted for a client whose long term partner died without leaving a will. My client did not inherit at all under the intestacy rules so we brought a claim under the Inheritance (Provision for Family and Dependents) Act 1975. The claim settled before trial on terms which gave my client a financial payment.

C (November 2017) - Acting for the main beneficiaries of a will which was challenged on grounds of lack of testamentary capacity. My clients have successfully proved that the will was valid.

H (September 2017) Acting for a client who has been deleted from a will after she was promised shares in a successful business which she had committed her working life. My client brings a promissory estoppel claim to enforce this promise.

T (December 2017) – Acted for a client whose father died without leaving a will. I successfully proved that the other beneficiaries were not honest as to the true extent of the estate. The claim settled on terms which gave my client a significant financial payment.

S (June 2015) successfully bought a claim against a customer who refused to pay an outstanding invoice to the value of £11,850 owed to our client’s company. Proceedings were issued but the customer eventually accepted the total sum owing. Agreement was finally reached that the customer was to pay the full amount plus costs and interest.

B (June 2018) bought a claim for medical negligence on behalf of the deceased’s family against the Trust after nursing staff failed to properly carry out the pigtail removal procedure which subsequent caused the deceased’s health to deterioration and his subsequent death. Our client was awarded £10,000 damages.

G (January 2019) successfully bought a claim for medical negligence against the Trust on behalf of the deceased’s family. The deceased required oxygen at all times. During his admission at hospital the nursing staff failed to ensure that he had ambulatory oxygen provided. The deceased was allowed to go to the toilet alone without an oxygen supply and was then found dead after suffering a cardiac arrest. The Trust admitted liability and damages were awarded at £23,000.

C (June 2019) bought a claim for medical negligence against the GP in relation to the failure to make the necessary referral when our client attended the surgery with a lump in her breast. Some time later, a second opinion was sought and she was subsequently diagnosed with breast cancer and required urgent surgery. The claim had been previously rejected by another firm of solicitors. Following a letter before action, the Trust made an offer to settle and our client received damages of £17,500.

S (July 2019) bought a claim against the hospital after they carried out an operation to remove a tumour on the client’s liver. Following surgery he was reviewed and found to have a 12 inch piece of plastic tubing at the site of the operation. Liability was immediately admitted and we secured damages of £6,000.

V (December 2018) bought a claim against a dentist who failed to provide adequate treatment which had resulted in our client requiring restoration of a number of teeth. The potential clam came to light after the dentist had retired and the client was examined by a new practitioner. The claim was successfully settled before trial and damages awarded of £22,500.

S (February 2020) a claim for dental negligence where the dentist failed to provide adequate treatment and advice in respect of gross decay. The client had suffered pain and discomfort and had a number of the teeth requiring significant restoration work. The claim was settled and damages awarded.

M (November 2018) acted for the family of a victim of serious violent assault from which he never recovered and later died. We secured a financial bereavement award payment for each child of the deceased.

B (April 2020) secured a significant payment for the victim of a sexual assault when a minor.

(June 2015) - Two defendants charged with fraud and theft from a vulnerable person in excess of £9,000. Following a guilty plea, on a basis, both defendants received 12 month suspended sentences with supervision.

(July 2015) - Driving with excess alcohol. Breath reading of 88mg. More than twice over the legal limit of 35. Successfully persuaded Magistrates to impose minimum disqualification within their guidelines.

(July 2015) – Man of good character charged with offence of unlawful sexual activity. Successfully challenged the medical evidence relied upon which resulted in the prosecution offering no evidence on basis of insufficient evidence. Case dismissed.

D (June 2015) – represented client who worked as a waitress in busy well-known restaurant. During her shift she was taking dirty pots into the kitchen and she slipped on water that had been leaking from the dishwasher. The client sustained injury to her lower back and attended A&E. Liability was admitted and the client received £4,500 compensation.

H (November 2015) represented client following an accident at work. Client was working on site when a colleague threw a scaffolding tube down to the ground which subsequently hit our client on his left middle finger causing a fracture. Client received damages of £6,300.

H (December 2015) – represented client after he was struck by a vehicle whilst cycling to work. Our client sustained injuries to his back and shoulder. Liability was immediately admitted and client received £3,300 in compensation.

J (January 2016) represented client following a tripping accident at work. Client was called to work in the early hours to repair machine. Whilst completing the repair works, his thumb got caught in the saw drill machine. As the result the client sustained a fractured thumb. The client was awarded £7,000 damages.

P (February 2016) our client was a passenger in a vehicle which was struck from behind whilst stationary at traffic lights in a road traffic accident. Our client sustained whiplash and muscle spasms in her shoulder and required physiotherapy. Liability was eventually agreed and client was awarded £5,400 compensation.

Hobbies Going to the theatre, amateur dramatics and travelling

Favourite book Anything by Sophie Kinsella

Personal ambition To see as many European Cities as possible. I am trying to work my way through the alphabet.