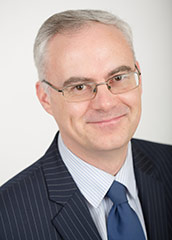 Professional expertise before joining the firm: None

When you joined the firm: September 1997

Favourite food: Anything cooked by my wife

Favourite book: Crime and Punishment/ A Confederacy of Dunces

Personal ambition: To try to be successful in all I do and to enjoy life in the process, oh and to dive with a Great White Shark and to play Second Horn in the Berlin Philharmonic Orchestra (well First Horn would be stretching it too far!)